She took in her first cat in in 2000. At the time, she was teaching Computer Engineering at Temasek Poly. But teaching wasn’t her destiny.

Today Sia Ping runs Kittycare Haven, which is a private non-profit shelter for 800 cats. She lives a simple, frugal life in order to provide a better future for many of Singapore’s abandoned felines.

The story starts 13 years ago.

In 2000, Sia Ping, who was then a member of the Cat Welfare Society, began fostering cats in her home.

When SARS hit in late 2002, the situation for street cats became dire. SARS was being blamed on “civet cats” (a wild fishing cat that was sold in some markets around Guangzhou) and people feared this meant any cat posed a risk.

In order to keep the strays safe, a group of carers rented 3 landed properties. With these houses, along with Sia Ping’s own home and a cattery they maintained in Seletar, they were able to shelter 600 cats.

Kittycare took in 17 cats from Farmart when the owner died

The plan worked because SARS made rental very low. But as the rents went back up, it eventually became too expensive to continue. And there were also threats the government would take back the land where they had their shelter at Jalan Kayu.

So the hunt for a new home began. The goal was to find a place big enough to consolidate all the cats in one location. 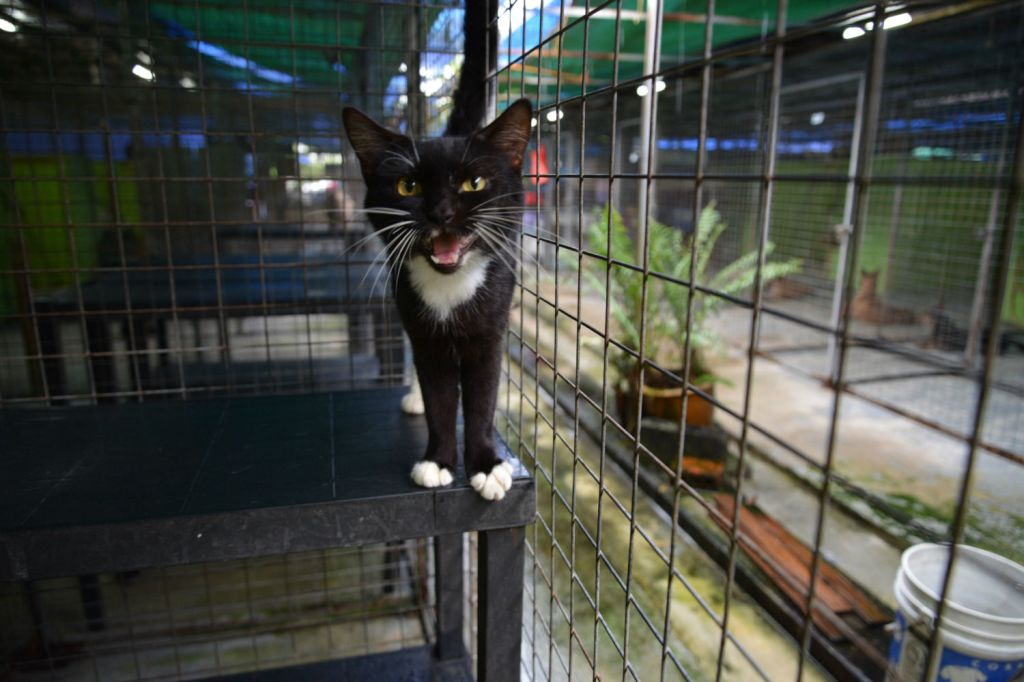 How they found their new home was some extraordinary good luck.

While talking with a friend outside the Seletar shelter one day, she noticed a lady nearby who was walking to and fro, listening to them talk. “I thought it was a bit weird.” She ignored the woman and kept chatting.

“Oh dear. What to do? We need to find a place big enough for all these cats. Where to find such place?”

“Oh! I heard that in Lim Chu Kang area they are starting to develop something for the animal boarding. Maybe you can go there and look.”

At which point, the loitering lady jumped into the conversation.

“Oh! That place I know… because my son runs that place!”

It was her future landlord’s mother. She just happened to be visiting another business near the Seletar shelter.

The rest is history. They moved into the new premises 5 years ago and now house 800 cats. 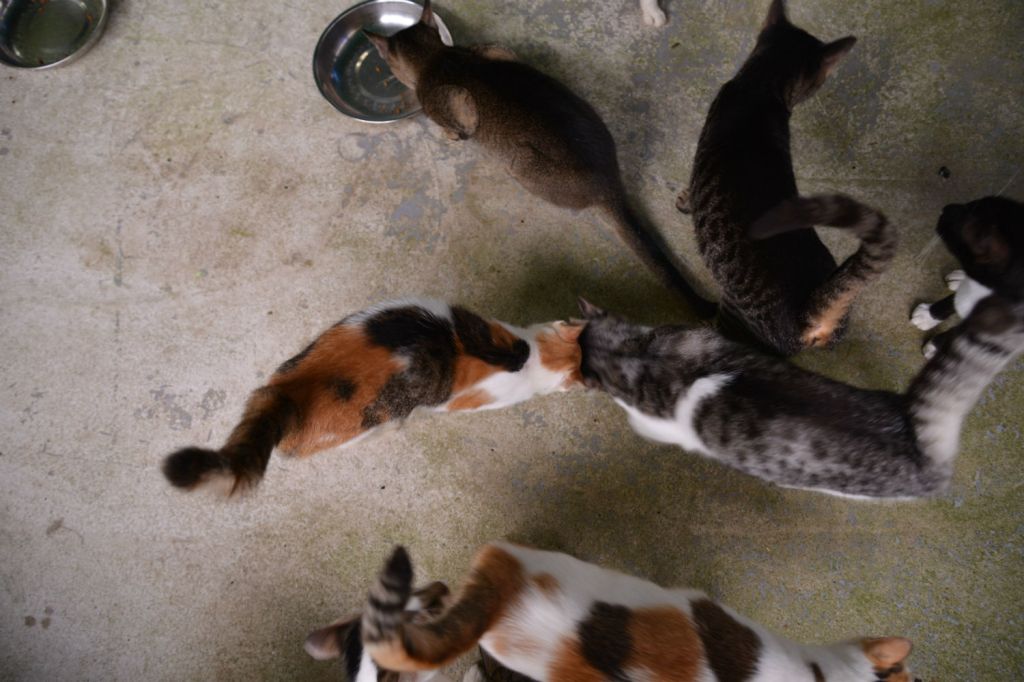 “Just do what is correct”

The shelter costs about $40,000 PER MONTH to run. They cover their costs mostly through small donations and running Singapore’s largest cat boarding service where people can leave their pet while on holidays or for longer terms.

They do not have any large donors to anchor them as many other charities do.

“We have 7 full time staff. We try to pay market rate but our budget is limited. People who work here don’t do it for the money.

“You have to be very careful with expenses. For instance we buy all the food at wholesale prices. It costs $4-5k per month on food alone but it would be a lot higher if we paid retail.

“But otherwise I don’t worry about where the money will come from. We always get by.

You just do what is correct and do what is in your means and things will happen. God has a way.

“I’m not sure whether you believe… but to me, God is real.”

If you get this far, you are in the right place

Piggy has a story of her own.

She is a tubby little munchkin who was a stray from the Sengkang area. Sia Ping first met her some years ago when Piggy’s feeder asked for help to get her sterilized.

“Piggy was just 5 months old. I told the feeder that Piggy could be easily adopted because she was an unusual cat. But the feeder didn’t want. So I got Piggy sterilized and returned her.

The feeder then decided to bring Piggy home. So at least Piggy had a home. That was good. But a few years later, I got a call from the same woman one Friday saying ‘I don’t want the cat already. Can I give it to you now?!’

I had already moved here so I said ‘OK lah.’

It turns out that Piggy has one bad habit that makes her unsuitable for adoption. They never trained her to use a litter box. So she will pee everywhere. Sofa? Cushion? Bed? Finished! Anything soft she will pee on it. There is no point rehoming her. Who can live with a cat that does this? She would definitely be returned.

Piggy is ridiculously cute but is not available for adoption.

Kittycare took in 17 cats from Farmart when the owner died

If you get this far, you are in the right place